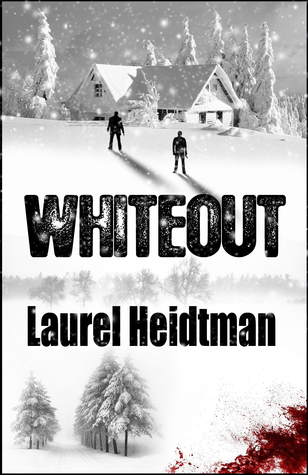 I enjoyed Laurel Heidtman’s take on a survival thriller. I read this book quickly since the characters were pretty straightforward and the plot seemingly just as straight until the twist at the end. So let’s start with the premise. The story follows two couples at a lake house when a blizzard hits. It also travels along a parallel timeline with two convicted felons. Later, you meet a few of the law enforcement personnel. As the storm surges and creates unthinkable conditions, the couples hunker down and settle with the idea that they will wait the storm out instead of heading back home. As they wait, the reader gets an inside look into two fractured marriages hanging on by a thread. But you’ll find a friendship in the men that is similar to a bully and his nerdy friend. So I wondered throughout the book, why does the nerdy friend stick around? His apparent low self esteem and lack of backbone comes into question throughout the book. But you’ll see him shift and grow a pair by the end. The setting is, of course, the treacherous blizzard and the author makes no qualms about reminding you how cold it is, how you could lose fingers and toes and how the characters felt like they could have a heart attack. In this area, I felt the novel was flawed. The repetitive use of the same descriptive terms for different characters seemed like the author ran out of ways to describe the cold. That was a bummer after one or twice, then became annoying after three times. Beside that, the book took on a very fast pace and made you eager to see what would happen at the cabin when all stories collided. An enjoyable read for those that like fast thrillers in front of the fire.