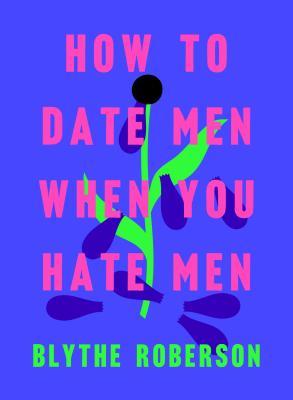 Blythe Roberson’s debut is a clear picture into her personality, wit and thoughts about the opposite sex in conjunction to her own self awareness and insecurities. I found the book to be funny and engaging albeit a bit chatty and loose with its message. Even with an awesome title, readers will get the idea that dating is ruled by patriarchy and women are oppressed in the process of dating (which I believe to be quite true). Unfortunately, the book does not seek to dig deep into the authors reasoning in a fact based way but more so in a “this happened to me” so its evidence of said patriarchy. While this approach lends itself to humorous recollections of her dating (or non-dating?) experiences, it doesn’t drive home the patriarchy angle. I enjoyed the ramblings of Roberson in various sections like ‘Flirting’ and ‘Dating’ but did find the content more grating under the categories ‘Breaking Up’ and ‘Being Single’. For someone who doesn’t go on dates (self-proclaimed) and has a weird flirting approach…does she really know how to be single (like I was) or break up in a relationship she’s never had? I found the debut to be filled with lots of pop culture references in music, movies and books which helped enrich the interest of its readers. Every reader will have a “I remember that” moment in the book at least once. We may not parallel the author’s obsession with When Harry Met Sally or You’ve Got Mail, but we will understand her references to current politics and books at the very least. While I ebbed and flowed with interest throughout the book, I overall found it interesting to hear from a young, 20-year old, hot, white chick about her dating (or non-dating?) woes. Recommended for readers who enjoy flippant commentary on dating, love and relationships with a dash of humor to keep you going. I would also suggest potentially getting the audiobook because the writing lends itself to being heard rather than read (i.e. lots of caps, exclamation points and parentheses used for emphasis).

*Thanks to an Instagram friend for gifting me a softcopy for review.