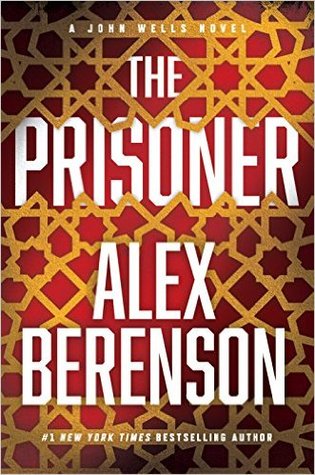 Rated a solid 4 stars! This was my first Berenson novel and I doubt it’ll be my last. I listened to this book on a 16 hour trip and found it to be a slow starter but definitely intriguing once it got going. It lacked the continuous action that I typically look for in these types of stories but when it did have action…it was spot on! The writing is heavy in facts that may or may not be meaningless. You’ll get all the background on certain historical sites and atmospheric tone but innermost feelings are not easily given in this story for the main character. The story follows John Wells, a hired assassin who is one foot out the game, who helps his old teammate find out who a mole is inside the federal government. The jihad-symapthizer is very clever throughout the story in making sure he isn’t caught but in the end, the reveal and the “takedown” by John Wells did little to satisfy the reader. The in-between seemed to be the most interesting…the jail fights and physical takedowns were the most exciting while the fact finding and posturing was a little meh for those who like typical spy/espionage thrillers. The pace while moderate was sufficient and in the end, I finished feeling good about it, but went straight into the next book on my list without much of a pondering.

Recommended for those that enjoy the slow whodunit with a backdrop of spy work.