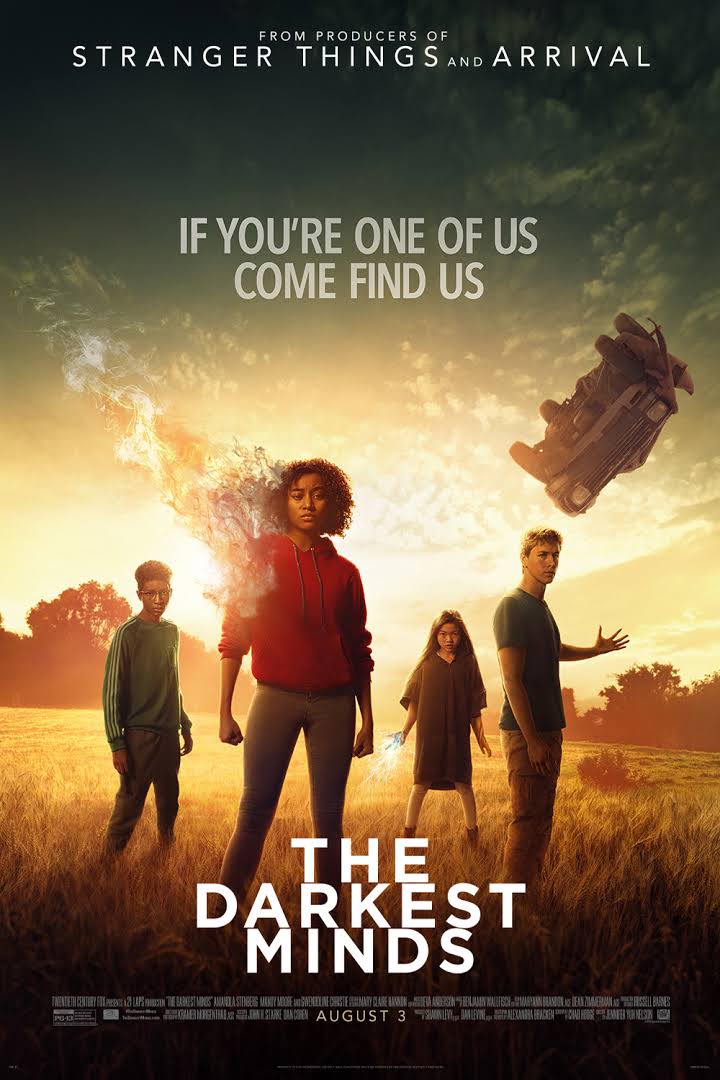 For those of you who love a good YA novel with magical powers and great escape themes, you’ll fall into this story quite easily. Here’s the movie synopsis by 20th Century Fox:

When teens mysteriously develop powerful new abilities, they are seen as a threat by the government and sent to detainment camps. Sixteen-year-old Ruby soon escapes from her captors and joins other runaways who are seeking a safe haven. Banded together and on the run, they soon combine their collective powers to fight the adults who tried to take away their future.

This movie is adapted from Alexandra Bracken’s novel, The Darkest Minds (surprising title? Nope.). The story follows closely to the book in which it trails the outbreak that is causing 90% of the kids in the world to die off and the remaining to have supernatural powers like telekinesis, electrical currents, extreme intelligence, pyro abilities or mind reading/mind control. Ruby is 16 and is taken to a camp after she is found to have powers. She doesn’t have much control of her powers but knows in order to survive she must hide them. After an escape with a helpful but mysterious doctor, she goes on the run with other kids who have their own set of powers to find a “hidden oasis” with other kids like themselves. This is where things get a little silly for the more logical viewers. There are bounty hunters that are looking for stray children to turn in for coin. Why haven’t the bounty hunters found this oasis? How did Ruby just so happen to get with kids that had all different abilities? Why is the world so broken without children? Why haven’t adults saved their kids from the camps? Why isn’t anyone having babies?

The world literally looks like a post-apocalypse. I thought that was far fetched. The roads were empty, stores were empty and desolate as if adults don’t shop anymore or drive or work or do anything other than mourn their children that they could actually go pick up from “camp”. Then I had a problem with the extra cheesy, predictable writing. If you’ve seen a YA film before this one, there will be no shockers. The end was quite ambiguous and Bracken has made a series of this story yet I don’t think the movie upheld it enough for a second flick. The lead actress was really good and the actor that played Chubs was pretty funny but everyone else was meh.

Want to know what I thought about the book? Check out my book review HERE (spoiler alert…I rated the movie the same stars as the book without even realizing it)