Want a sneak peek at what my April reading list will be? Well, I have a little bit of everything coming up! There’s action/suspense, fantasy, love and a little small town drama. Here’s a little about the books:

But everything changed the night magic disappeared. Under the orders of a ruthless king, maji were targeted and killed, leaving Zélie without a mother and her people without hope.

Now, Zélie has one chance to bring back magic and strike against the monarchy. With the help of a rogue princess, Zélie must outwit and outrun the crown prince, who is hell-bent on eradicating magic for good.

Danger lurks in Orïsha, where snow leoponaires prowl and vengeful spirits wait in the waters. Yet the greatest danger may be Zélie herself as she struggles to control her powers—and her growing feelings for the enemy. 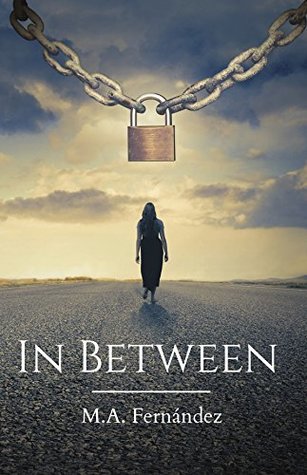 Rachel has always wanted one thing, true love. She has dreamed about her perfect wedding since she was little and it seems she will finally get it with her fiancé Ethan. However when Rachel meets Tom, an elegant, smart conceited lawyer, everything she believes and feels is called into question. This is a captivating story about the power of distance, lack of time spent between couples, and confusion that put Rachel In Between the two men. Caught in the web of the consequences of their decisions, life’s twists and turns, and the effects of karma on each of the characters. This book will make you question the reason why we do things, and will push you to side with characters as you live through their choices. In Between emphasizes the importance of bonds, true love and the power of forgiveness, and how these can turn the worst of situations into valuable life lessons of love and hope.

In Shaker Heights, a placid, progressive suburb of Cleveland, everything is meticulously planned – from the layout of the winding roads, to the colours of the houses, to the successful lives its residents will go on to lead. And no one embodies this spirit more than Elena Richardson, whose guiding principle is playing by the rules.

Enter Mia Warren – an enigmatic artist and single mother – who arrives in this idyllic bubble with her teenage daughter Pearl, and rents a house from the Richardsons. Soon Mia and Pearl become more than just tenants: all four Richardson children are drawn to the alluring mother-daughter pair. But Mia carries with her a mysterious past, and a disregard for the rules that threatens to upend this carefully ordered community.

When the Richardsons’ friends attempt to adopt a Chinese-American baby, a custody battle erupts that dramatically divides the town and puts Mia and Mrs. Richardson on opposing sides. Suspicious of Mia and her motives, Mrs. Richardson becomes determined to uncover the secrets in Mia’s past. But her obsession will come at unexpected and devastating costs to her own family – and Mia’s.

Little Fires Everywhere explores the weight of long-held secrets and the ferocious pull of motherhood-and the danger of believing that planning and following the rules can avert disaster, or heartbreak. 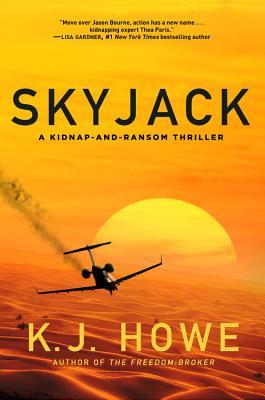 International kidnap expert Thea Paris is escorting two former child soldiers on a plane flying between Africa and London when the Boeing Business Jet is highjacked. The pilot has locked himself into the cockpit and diverts the plane to a deserted airstrip in Libya.

Forced to leave the jet to investigate, Thea comes face-to-face with a former nemesis, an Italian who is part of Gladios, a secret stay-behind army created after the Second World War to fight communism. Her old foe imprisons her in the hangar, and the plane takes off with the boys, the passengers, and the kidnapper aboard.

The kidnapper makes a strange demand for the return of the hostages: Thea must deliver a truckload of weapons and other material to a destination in Europe. Despite Thea’s efforts to read the tea leaves, the motives of the kidnapper remain a mystery.

While negotiating for the release of the passengers, Thea, Rif, and the Quantum team travel to Budapest to secure the supply truck. But the situation soon escalates, and the true stakes are revealed: her old nemesis is battling another private army for control of a genetically targeted bioweapon. When the bioweapon is stolen from under the noses of the competing shadow armies, Thea and Rif race to find the thieves first.
Revealing a conspiracy that connects the CIA, the Vatican, and the dark legacy of World War II, this case will bring all parties to an explosive conclusion at the Blue Mosque in Istanbul.

In Her Body and Other Parties, Carmen Maria Machado blithely demolishes the arbitrary borders between psychological realism and science fiction, comedy and horror, fantasy and fabulism. While her work has earned her comparisons to Karen Russell and Kelly Link, she has a voice that is all her own. In this electric and provocative debut, Machado bends genre to shape startling narratives that map the realities of women’s lives and the violence visited upon their bodies.

A wife refuses her husband’s entreaties to remove the green ribbon from around her neck. A woman recounts her sexual encounters as a plague slowly consumes humanity. A salesclerk in a mall makes a horrifying discovery within the seams of the store’s prom dresses. One woman’s surgery-induced weight loss results in an unwanted houseguest. And in the bravura novella Especially Heinous, Machado reimagines every episode of Law & Order: Special Victims Unit, a show we naively assumed had shown it all, generating a phantasmagoric police procedural full of doppelgangers, ghosts, and girls with bells for eyes.

Earthy and otherworldly, antic and sexy, queer and caustic, comic and deadly serious, Her Body and Other Parties swings from horrific violence to the most exquisite sentiment. In their explosive originality, these stories enlarge the possibilities of contemporary fiction.