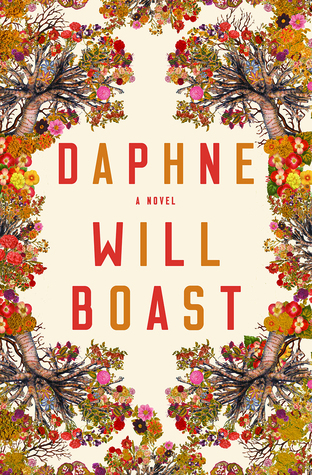 Will Boast makes a good effort at creating a character with a life altering ailment. Unfortunately, his writing style and the character’s likability aren’t a promising match. While not being a particularly long novel at only 288 pages, I found myself skimming through whole pages because the main character, Daphne, would ramble about off topic subjects in the middle of conversations with other characters or just looking aimlessly out at the world. This does not make a riveting read. Daphne, a young female professional with cataplexy, meets Ollie at a bar. Ollie is a kind-hearted, politically and socially savvy “feeler” of the world and others pain. He just wants to help someone, everyone. So opposites attract. Daphne stays in most days to reduce her emotional upheavals which could result in temporary paralysis. She also doesn’t want to get involved with other peoples pain and walks through life stepping around people. While the disease is interesting and makes you wonder what life would be like without being able to feel emotions or if you do, being paralyzed…you get a withdrawn character who has broken relationships and is basically a non-feeling, stoic, negative Nancy. Daphne being this way only distances the reader and ultimately makes the story suffer due to lack of activity or action. The sections with Ollie make the book manageable but not wholly redeemable. I would have rather followed one of the characters from Daphne’s support group who constantly had broken bones because he refused to give up and wanted to live and experience life. It makes one wonder whether the feeling of paralysis is worse than the feeling of happiness, joy, elation, ecstasy?

Furthermore, Boast’s writing style is short sentence and lyrical. I believe his writing would have fit a different novel better, something more psychological. While Daphne aims to be psychological, it comes across as distant. We never dug deep into Daphne’s seemingly distant relationship with her mother. She’d go off on her or have smart remarks although the woman seemed to be in her corner or quite caring. We never got an answer about that. Her father’s situation gets explained late in the novel and therefore, we only get to have a short ah-ha moment and then its done. We don’t get to see how her recollection of events or her coming to terms with it actually helps her. The situation with Ollie is also left hanging after being severed oddly and without full understanding by the reader. Basically, we know Daphne self sabotages herself with her friends, relationships and family. I’m guessing that’s the takeaway of what the ailment did to her life. At the very end, we see her attempt to take her life back but we never really know how she will do anything different than before. We only realize that she isn’t running away but does that mean she will change? We don’t know.

Overall, I found the writing to be not in sync with the novel. Lyrical writing for a book that needed more in depth analysis of the main character and her feelings didn’t quite do it for me. While I think Daphne could have been interesting…it just wasn’t.

*Received through Goodreads Giveaway for review.