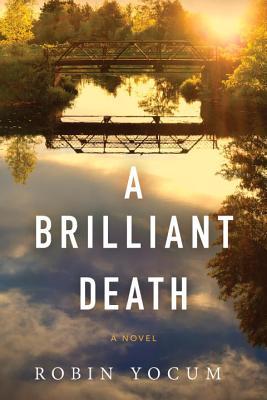 Robin Yocum is an exceptional writer with a keen eye for building relationships and scenery that transports you to small town Ohio. In A Brilliant Death, you meet Mitchell Malone, the stories narrator, who is recounting his childhood and his special bond forged over the Summer of 1953 with his bestfriend, Travis Baron. Travis is an unfortunate teen. He has lost his mother to a river accident shortly after his birth. His father doesn’t really care to raise him unless he’s beating or intimidating him. Mitchell, coming from a stable home environment, takes Travis in as a brother. As Travis grows, he starts wondering about the disappearance and perceived death of his mother whose body was never found in the river accident all whilst having the rumor that she was with another man, her lover, on the night of her demise. This rumor fuels Travis and subsequently, Mitch, to find more information on Travis’ mom. Once they start down the rabbit hole of investigating who she was and what happened that night. They soon realize finding their way back out will be just as difficult as knowing the truth.

Yocum writes impeccably. As a reader, you are transported into the town of Brilliant, Ohio and you meet different townspeople that sew you into the time period, the location and the general feeling of growing up in the 1950’s. There were quite a few topographic explanations that could be lessened but did not take away from the story itself, just slightly noticeable. You’ll enjoy the unfolding of the mystery and get your heart caught up in finding the truth for young Travis, just as Mitch did. And the end will be especially exciting.

* Received book for free from publisher at BookCon 2016.

Get it HERE for $10 on Book Depository with FREE shipping.