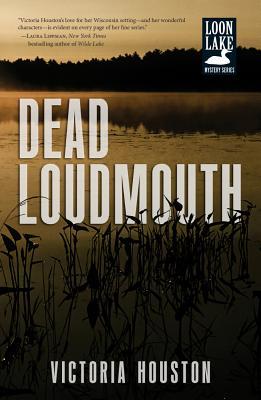 Houston writes a pretty solid murder mystery with a twinge of police tactics and fishing references abound. She definitely sets herself apart from other murder mysteries due to her keen interest in fishing and the general down home appeal of her characters.

The synopsis of the 16th book in the series follows Chief Ferris on a hunt for a murderer that has crushed two people to death on a piano. Ferris finds through her investigation that there are many suspects with a motive to kill the two. With her sidekick Osborne, Ferris weaves through the mystery until the killer is found.

The story is short and therefore, fast paced. I found that the evidence was always right there so that took some of the fun away. Luckily, the characters are very well written and bring color to the story. Houston writes with a realistic stroke like I haven’t seen in a while. This is one of those authors you don’t know about but could probably get comfortable with them as a new reader of their work. Recommended for readers who like police driven murder mysteries in small fishing towns.

*Received for free from publisher at Book Con 2016.