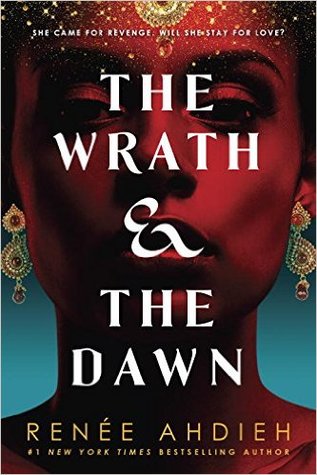 This was my first Renee Ahdieh book and I’m hooked! The cultural aspects found in this Middle Eastern romantic suspense with some magical elements was extremely gripping from the very beginning. We follow the story of Sharzhad, a young woman who volunteered to marry the king…a cold, murderous ruler. The king has always killed the women by dawn the next day after their marriage. As the town grieves the loss of their daughters to the king time and time again…the unrest boils below the surface. Sharzhad lost her bestfriend to this king and now wants to kill him as revenge. After training and planning, she volunteers to marry the king. But their night ends with a cliffhanger of a story and the king just cannot let Sharzhad die the next morning, or the morning after. Her sassy and take no prisoners attitude pulls him in. Her fearlessness keeps him guessing and wanting her more.

Throughout the story, you wonder when or if the shoe will drop and she will be killed for the myriad of things she does against the king. There’s a bit of magic in the story but its not really fleshed out. You won’t have any true vision of magic and how/why it occurs. So hopefully that will be explained in the next book, The Rose and The Dagger. I’ve committed to reading Book Two and have already started. 🙂

I recommend this book for those that like culturally different romantic suspense with a strong female lead character and formidable antagonist.