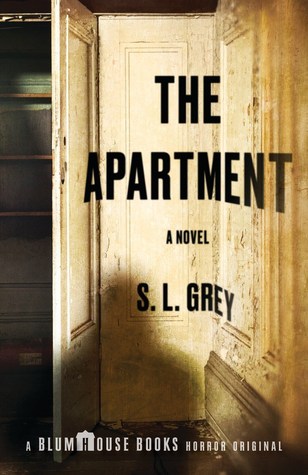 This novel took me entirely too long to finish. It was hard to identify with the characters and some of their decision making skills. Grey wrote a horror novel that had the attempt at being character driven yet the characters were not likable. The story is narrated through Steph and Mark’s point of view of the aftermath of a not so brutal home invasion that leaves the couple scared and paranoid. Then the couple finds a house swap site and take the first home in France that responds. Once they arrive at the house in France, they notice it is in a seemingly abandoned building. The apartment is in shambles and doesn’t look lived in. They stay due to their lack of funds. Mark had lost his job and they are pinching pennies. Weird things occur over their stay but nothing so gripping that a reader wouldn’t put the book down. There weren’t very many moments that tied me to the story, especially since Steph and Mark continually lie to each other which gets annoying. At some point, they need to have a meaningful conversation, yet that never happens. The end is lackluster. So meh and blah that you’re wondering if that was the payoff.

*book purchased with my own money (sadly)