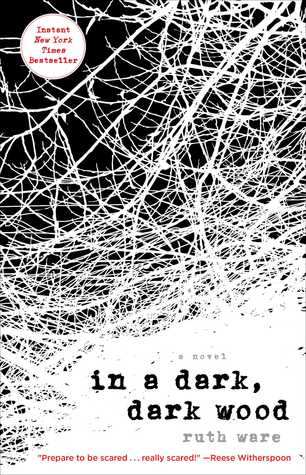 This is a first for me, Ruth Ware, that is. I have her newest novel and plan to read it soon. In a Dark, Dark Wood was a stretched out story of a teenage feud gone long overdue. In the story, Leonora goes to Clare’s “hen party” which is basically a bachelorette party. She wasn’t quite sure why she was invited because they hadn’t spoken for over ten years (the reason is actually quite vague as to why they stopped talking) . But still, Leonora attends with her pal, Nina. The hen party is a hodge podge of Clare’s friends from throughout her life. Leonora being the oldest friend, Nina (a brash, outspoken female doctor), Tom (a gay, theatrical guy she’s known through her fiance), Flo (her new “bestie” with a serious case of obsessive compulsive disorder) and Melanie (a friend from college who has a new baby and leaves the hen party quite early). Anyway, they embark on what is supposed to be celebratory until Leonora finds out that Clare is marrying her ex-boyfriend and first love. The story unravels from there. There’s dark shadows, footprints in snow, creaking doors and a host of other things meant to make you scared…even a Ouji board type game. All a bit overkill in the story to me.

Leonora will irk the hell out of anyone who values strong or smart lead characters in a story. She’s incredibly dense and in her shell which stifles the reader throughout the story. She harps on how beautiful Clare is…OVER and OVER until the point you want to pluck your eyes out. Not to mention, Clare is (shocker) a blonde and slim and incredibly charming. Why does this have to be the anecdote of perfection in every freakin’ novel?! Ugh.

I digress. The story itself was written well. I just didn’t like the characters or the ending very much. Therefore, I finished reading with a strong urge to start the next book. I didn’t wait…I just put it down and flipped open the cover of Saga, in the hopes that I’d get to see a strong female and male lead…hell, even the child is strong for that matter. Anyway, this book is for those that don’t mind reading about a whining twenty-six year old talk about breaking up with a boy when she was 16.