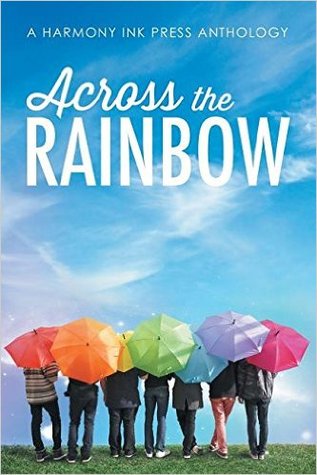 This anthology is a mix of different types of LGBTQ stories that are short snippets into the lives of various characters. I believe the chosen pieces were decent. I wished some stories were longer while others I did not quite care for completely. So here’s the breakdown:

CHOICES by John Goode – This story is an introspective look at a kid who is coming to terms with his own body, sexuality, face and his overall look. It was a very poetic take on one boys inner thoughts but I was tired of hearing the negativity closer to the end of the story.

SUMMER WITH ADELINE by Zoe Lynn – This story was cute. It follows a young girl who fantasizes about princesses. When a new neighbor moves in, she yearns to be friends with the beautiful girl next door. They hit it off well over the summer and before school starts everything changes with a confession. I thought the story was cute but not very memorable. The story may have been better with more character building but overall fell a bit flat.

AMERICAN SPANISH by Gene Gant – I really enjoyed this story! It was broken up into pieces so the characters were able to breathe in the story line. This story follows a boy who has a cool bestie that he catches in a compromising position and what transpires afterwards. It was an interesting take on LGBTQ characters which I like.

FAKING TRUTH by Jo Ramsey – This story was very thoughtful in the sense that you could feel the realness in it. It was like reading a diary and I liked that feeling of knowing the main character on a deeper level. Its the story of a young kid who is trying to find a way to be themselves and gets help from an unlikely source.

ERIC’S SECRET by Sam Kadence – This was my favorite story in this anthology! It revealed an LGBTQ status that I wasn’t aware of (educational?!) and it gave a realistic and heartfelt approach to what its like to be different but accepted. I really enjoyed the dialogue and the characters in this story. I wished it didn’t end! I wanted to know what happened in Eric’s life…did he join the group? Did he find someone? Ugh!

THE MOST BEAUTIFUL BOY IN THE WHOLE WORLD by Amy Lane – I enjoyed this story and you could tell immediately that the author knows how to create a good story. Great characterization. Unfortunately, the story itself was not very interesting to me. I feel like the “friend love” thing has been played out so much in LGBTQ novels. I predicted a lot of the story and that left me hanging in the end. It was cute and well written but not the power house ending you want in an anthology.

*This book was given to me by the publisher at BookCon2016 for an honest review.