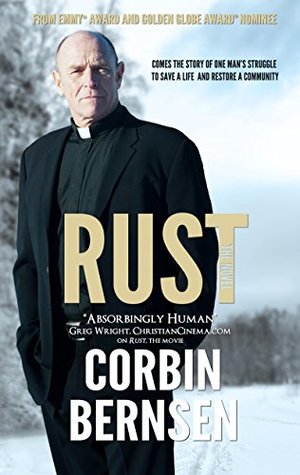 Actor, Director and Screenwriter, Corbin Bernsen, writes a heartfelt Christian novel set in a small town that’s hiding a secret. James “Jimmy” Moore retreats from his pulpit with the loss of faith nipping at his heart. He returns home in search of something stable only to find that stability is no longer there. His childhood friends and family have moved on in their lives while he ran away to grasp his dream of being a pastor. Soon revealed that his abrupt exit from the town was due to his mother’s passing and his father’s difficulty dealing with it. Anyway, upon his return to town, he realizes that his oldest friend is soon to be sentenced for arson and murder of a family in town. James doesn’t believe that his friend has the capacity to hate or murder and thus, goes on a fact-finding mission to clear his name.

The story has great points in relation to faith in God but I felt it lag in many areas because it is focused so internally on James instead of what James encounters with the townspeople. Every other character in the book seemed very one-dimensional and only as placeholders until we could get back to James’ plight with his lack of faith. The book seemed very one dimensional in this regard and even the murder/arson case did not give me any real excitement or mystery which I think is solely due to the authors choice in internalizing James, instead of telling the story in a way that readers feel saddened by the families loss or feel connected to Travis in order to care about what happens to him.

The novel is short and quick to read but it took me much longer to finish than usual because the story was not very fast-paced or mysterious. Recommended for readers who are more focused on a preacher that losses his faith rather than murder mystery or thriller lovers.

*Book received from publishers at BookCon2016 for an honest review.