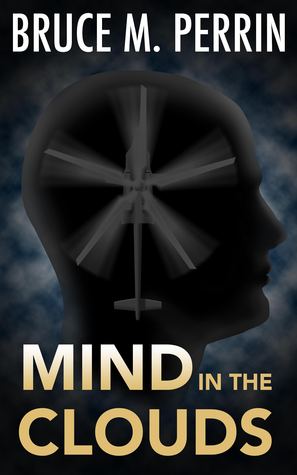 I enjoyed Bruce M. Perrin’s informative novel, Mind in the Clouds. The premise of the novel follows a young man, straight from college to a career which involves assessing training materials and technology. His first big assignment is assessing the training coordinator position for a piloted drone that can also be unmanned and make decisions based on the software embedded in it. The author does well in explaining this new, burgeoning idea of unmanned drones that have the capability to engage in war-time activities without military approval (basically, it can “decide” a plan of attack on its own). The concept is a bit scary for the average reader because it raises questions of whether machines could potentially decide they don’t want to be overseen by humans and hatch a plan to destroy us for their own self-preservation. Many-a-movie has touched on this premise. The author definitely touches on this prospect throughout the entire book.

I enjoyed the second half better than the first half of the novel because the first half was wrought with mundane details and conversations that didn’t add much to the plot or character development. At the end of the book, I am not sure whether I really liked the main character or any other for that matter. The romance could have been done without completely actually. This book is in the gray area that books can fall into where they stop becoming memorable and the characters just fade away into the book abyss. Albeit, the character development was not there, the interesting concept more than makes up for it. While being overly technical at times, the author forces knowledge into the readers head that is actually useful and interesting! I feel like I’ve learned a lot and can be the smart girl in the room when the conversation turns to drones and the implications of military use. Of course, I’ll leave out the fact that I received the information from a fictional source.

All in all, Perrin had a great “whodunit” at the end that had me intrigued yet lacked unpredictability. Encouraged for readers interested in technology based novels.

*This novel was sent by the author for an honest review.