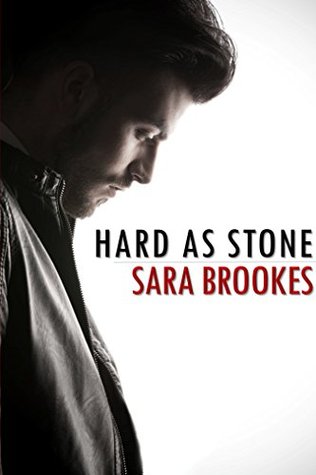 Sara Brookes does a great job of telling the story of Brady McDonnell, an emergency room physician with a heart of gold who craves an enigmatic gargoyle named Garrett. Brady wants to save every patient just as most doctors do except when he finds himself on a downward spiral of losing patients one after another, he falls headlong into a depressed, panicked state. Garrett carefully watches him from a distant and figures it is time to stop Brady’s self destruction and show him his real feelings.

The story takes on a romantic edge yet still stays aligned with something more than the two men loving each other since they were in college. Brady has his work and the readers get to follow him on his excursions but I did feel left out with Garrett’s back story. I would have liked to know more about how he became a gargoyle and what gargoyles actually do (other than sit on buildings of course). Furthermore, I was a little shocked that Brady wasn’t shocked about seeing a gargoyle turn into the man he loves. I expected more reaction and felt the story suffered slightly due to that climax not being fully fulfilled for the readers. We knew it was coming but when it came, it was lackluster. Overall, I though the book was well written and detailed. The erotic scenes were a good balance to the story although Garrett’s character needs more development. Solid M/M read.