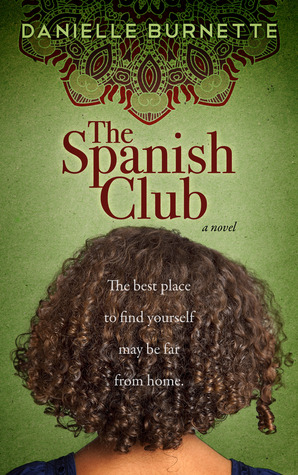 While I enjoyed Danielle Burnett’s coming of age novel, The Spanish Club, I found it lacking in philosophical ruminations or the proverbial ah-ha moment that is the crux of most coming of age novels. Sadly, every minute of Brianna’s story revolved around one issue that was glazed over at its inception. Her parents telling her she is adopted and coming clean that she is not their child should have been a monumental event. Especially if it was going to be the running reason for her ill feelings towards not knowing who or where she came from. It felt a little paper thin, the break-up then subsequent make-up with her adoptive parents. Instead, the secondary storyline of her bestfriend seemed trite. Her friend hmphed and moaned for most of the book and kept a sneer on her face (and I hated that she was characterized as African-American with that attitude). There were some shining moments but many were around the 80% mark when the whining of her friends and instant love from Enrique came to a steaming halt.

Ok, so what was the good you may be wondering?

Well, simply put, Burnette knows how to transport the reader to a place and make them feel as though they’ve been there before. Throughout the novel, the reader follows the Spanish Club on their excursion throughout various places in Mexico from the restaurants, bars, mariachi bands, shops and even the ugliness of its darker side peeks into the storyline. Burnette provided beautifully landscaped descriptions of the surroundings and its people. Overall, I enjoyed the setting more than the protagonist’s journey to finding herself.