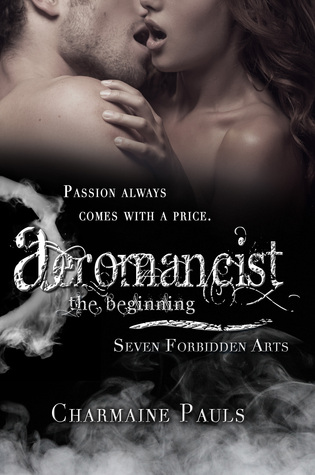 Lann Drean is supposed to be cloned and on everyone woman’s front door step. I keep opening the door but he’s still not there. Darn it.

Pauls continues her elaborate tale of paranormal bad boys in her Seven Forbidden Arts series. It started with Pyromancist, the story of a firestarter and now, it careens into the life of Lann, the aeromancist (the power to manipulate air and weather). Kat is a self proclaimed daredevil who is finishing her all important studies when she is spotted by Lann in his library. Yes, Lann owns a library. Not only is he rich, handsome and well endowed but he is an intellectual with fine tastes and a flair for pampering his women with lavish gifts. Kat is guarded when it comes to men after coming out of a tumultuous relationship with a cheater, so when Lann offers her 30 days of spectacular lovemaking, she waffles. Then accepts. Over the course of their short time together, she learns that Lann is very smart, cares about literature and people as well as holds lots of secrets.

The story truly is a great beginning to Kat and Lann’s different yet respectful relationship. It’s Pretty Woman-esque and leaves the reader with a yearning to know what will happen between the two in the next book, Aeromancist (Book Two). I can’t wait to continue on with this fire hot series!