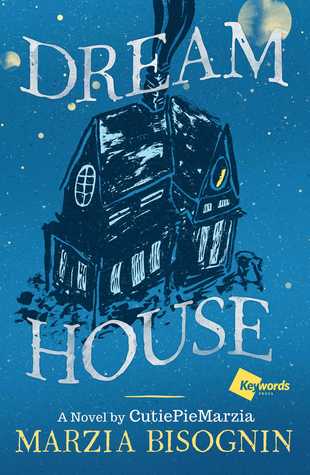 Bisognin has a definite style that is very endearing. It’s clear that she can write well and portray a bit of suspense. Unfortunately, there were some areas in Dream House that really perturbed me. One, the character uses an illogical thought process throughout the book which makes it difficult to really understand her point of view. For instance, she has someone blatantly tell her to leave the house yet she rationalizes that she’s dreaming or abandons her confusion for something totally unrelated, like hunger. Second, the author does not give the readers any internal emotion of the character at all (which makes it difficult to read after a few chapters). Having an emotional attachment to a character that is essentially the only character in the book is essential. We know what she thinks and what she does but never what she is feeling beyond confusion. She discards her feelings with “I let it go” more often in the book than I care to remember. The saving grace is the ending, although it may lose readers before they get to the shining light in the dark so to speak. The routine of eating, sleeping and dressing becomes too much of a focal point (although I know the author has to end each chapter effectively since it is chaptered by days and not events). Lastly, the story had some symbolism there but it was lost on some levels because they were not completely explained in the end such as why her lips were always dry (was it because of how she died), the headaches (was this because of how she dies?), the blackouts (what were the real cause of these?), was she jumping dimensions?, what was the deal with candle and circle in the basement? and lastly who was the woman that tried to help her (could she have really left with her?) and who was the man that visited her? They all wanted her to leave but how could she? It was very vague as to how these fit into the story and felt like everything was just a placeholder for the end reveal. So overall, I give the book a solid 3 because it was a fast read and the book was interesting enough to keep going due to the small instances of eerie happenings that had me on the edge of my seat. Unfortunately, the character never really satiated my confusion or curiosity with her inaction or lack of zest towards finding real answers.